Blog Home Posted by Lera accountancy on 1.3.20 in Updates 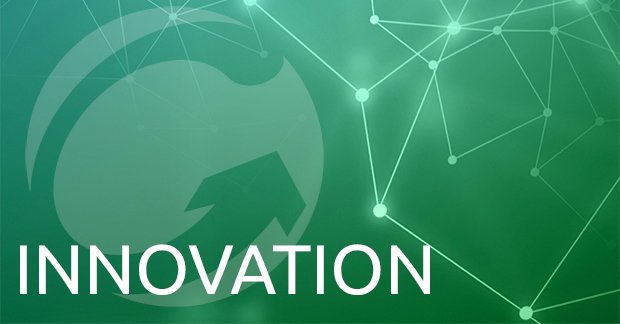 Government grants and EU are awarded to encourage innovation.

UK government grants for research orientated companies are awarded by Innovate UK. These are distributed via competitions in which UK-based businesses pitch and winners are selected. UK innovation grants are awarded to innovative businesses for the following types of projects:

Grants can range between £25,000 and £10 million. These will often be technology grants but other types of development grant are given as long as innovation is taking place. In many circumstances, these will be considered state aid.

There are some types of government grant which are not considered state aid as they are below a de minimis threshold: these are known as de minimis grants.

The EU themselves distribute innovation grants for business under their Horizon 2020 scheme – with a budget of €80 billion – and the older FP7 and FP6 schemes. As these are not sourced from member states they are not considered state aid, but will still affect an R&D tax credit claim.

There are two schemes; nominally, one for SMEs, and one for large companies. The SME R&D tax credit scheme is more generous while the rate of the large scheme – the research and development expenditure credit (RDEC) lower.

Because of the generosity of the SME R&D tax credit scheme, it is considered notifiable state aid. This means its use may be restricted where a company has received a grant.

But the restriction of R&D tax credits is not complete. Depending on the detail of the grant, the SME R&D tax credit scheme may be able to be used to a limited extent, and in any event RDEC can still be used – it’s still an R&D tax credit, albeit at a lower rate.

The key distinctions, which we will explore in greater detail next are as follows. Here they are in order of severity of impact:

There are two high-level types of grant: those that are considered state aid and those that aren’t. The specific activities and costs detailed in the grant documentation can affect the interaction between grant funding and R&D tax credits.

There are two R&D tax incentives in the UK. These are nominally referred to as the SME R&D tax credit scheme – which is state aid – and RDEC – which is not. Let’s see how it works.

A non-project-specific state aid grant is one which has been awarded to a company with no ring-fencing as to which R&D projects it can be used for. That freedom might sound useful from a flexibility perspective, but it will lead to a worst-case scenario in terms of using R&D tax credits.

The effect of a non-project-specific grant is usually that all R&D carried out by a company must be considered under the RDEC scheme for R&D tax credit purposes. Note that this does not mean that grants and R&D tax credits cannot be used together – just that the lower R&D tax credit rate must be used.

A business has £200,000 of R&D expenditure, of which £50,000 of non-project specific notified state aid grant. Because the business has a non-project specific notified state aid grant it can only use the RDEC scheme for R&D tax credit. While the R&D tax credit is drastically reduced, it is still worth £19,440 – this money could go towards hiring additional resource for the next project.

This time, the business receives a notified state aid grant, but it is allocated to one specific project. The business is carrying out R&D on other projects too.

Innovate UK grants are among the most common innovation grants. As these are not sourced from European money, it is likely they will be treated as notifiable state aid unless special care is taken when negotiating the grant agreement.

To take the opportunity to define another piece of relevant terminology, we will say that this grant is covered by GBER – that stands for General Block Exemption Regulations. GBER is something that is used to ease the administrative burden of notifying state aid and would be written into the grant documentation. It does not, however, mean that the grant is exempt from the state aid rules.

The business has another total R&D spend of £200,000. There are two projects B and B of a £100,000 each. Project A is funded by a £50,000 grant while project B is self-funded. This time, the grant is project-specific. The effect of this is that only project A is considered under the RDEC scheme, yielding a 10% R&D tax credit rate. This means that project B can be considered under the SME R&D tax credit scheme – worth up to 33%.

The result on the overall financial benefit of the R&D tax credit is that In addition to the £50,000 grant, the business will receive an R&D tax credit worth £43,000.

De minimis and other non-state aid

The key to maximising your innovation funding is to seek a grant that is not classified as notified state aid.

De minimis state aid does not have to be reported to the EU. If a company receives less than €200,000 across a three-year period, their grants can qualify as de minimis aid. It is essential that the de minimis aid classification is written into the grant documentation.

Horizon 2020 is the European Union’s largest innovation and research programme in its history. It has about €80 billion of innovation funding reserved to distribute between 2014 to 2020. The aim is to secure Europe’s global competitiveness by nurturing innovation.

Horizon 2020 funding is not considered notified state aid as it is awarded directly from the EU.

A business has a £200,000 overall R&D spend on two projects A and B. They are £100,00 each and project A has £50,000 funding from a grant. But because none of these types of grant is considered state aid, the R&D tax credit can be handled advantageously.

Only the value of the grant need be treated under RDEC. The rest of the money – even that which was spent on the grant-specific project – can be considered under the SME R&D tax credit scheme.